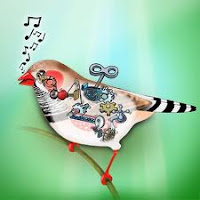 It's easy to become overwhelmed by the sheer number of tunes there are to learn, especially as a newcomer to this tradition.  Mysterious, never before heard melodies with titles like Snake Hunt, Musical Priest, Folding Down the Sheets and I Buried My Wife and Danced on Her Grave seem to pop up at every session or jam.  Thus far, my approach has been quantity over quality - trying to halfway learn a bunch of tunes without ever really delving into any of them.  Or worse, simply playing along with a tab arrangement over and over again but never actually learning anything.

That's about to change.  I want to focus on just two or three tunes per week and study them phrase by phrase.  I may use tab and notation as a shortcut, but by the end of the week I intend to be off the paper and have the tunes fully ingested, even if this requires rote memorization note by note.

When you cut out all the frills and fluff of someone else’s arrangement of a tune and you are left with the very heart of a tune - its melody.  That is what you need to memorize to truly know a tune and create your own way of playing it.

Memory is flexible.  It allows you to take new techniques and tricks you've learned and apply them to old tunes almost automatically, allowing your interpretations to grow and change. 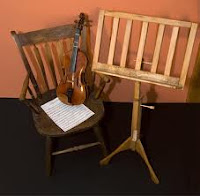 Each tune can be broken up into musical phrases.  A typical structure is: theme (2 measures), response (two measures), theme again (two measures) and turnaround (two measures).  Learn the first phrase until you feel like you have burned that into your long term memory.  Then learn the second phrase the same way.  Then combine phrases one and two together.  Once phrases 1 and 2 are working smoothly move on to phrase three.  Add phrase four and then play them all together.  Look for phrases that repeat.

Turn hard parts into an exercise and/or figure out a workaround or your own way of playing that section.

After you’ve memorized lots of tunes you'll find it easier pick up new ones since there are only so many forms and every tune is a combination of bits and pieces of other tunes.  This makes it easier to internalize any new tune, since playing a new tune is just a matter of taking stuff you already know and re-assembling it in a new way. Eventually when you hear certain tags, turnarounds or passages you will be able  to associate the pattern of notes from having learned them in earlier phrases.  In this way you begin to learn exponentially.

So, what two tunes to start with this week?  I'll think I'll do Banish Misfortune and Old Mother Flanagan.  Both of them get played locally and would be good ones to know.  Banish Misfortune is a three-part Irish jig in D mixolydian.  There's a pretty fast version of it on YouTube by fiddler Ian Walsh.  I grabbed the audio and slowed it down using the Amazing Slow Downer.  Old Mother Flanagan is usually a three part old-timey tune in the key of A, although the B and C parts are shorter in length than the A part.  One source is the Fuzzy Mountain String Band version.  I have two or three other practice versions as well.  Sometimes the B and C parts of Old Mother Flanagan are combined.
Email ThisBlogThis!Share to TwitterShare to FacebookShare to Pinterest
Be a Fan
Posted by Tanner Llewellyn at 1:29 AM