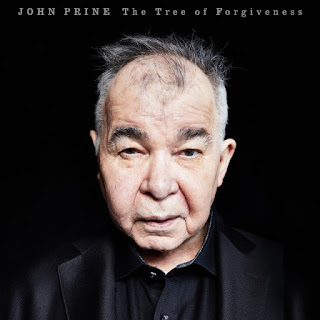 John Prine - Tree of Forgiveness
When John Prine puts out a new album chances are good it's going to mesh extremely well with his existing body of work, like a new chapter in an unfinished story.  Tree of Forgiveness sits on equal terms with John's best albums from the 70's, 80's, 90's, 2000's and 2010's.  Prine has given us a tremendous gift with this addition to his legacy.  Listening to Tree of Forgiveness is like a musical meditation.


Eamon O'Leary - All Souls
He may never be well known, but Eamon O'Leary is a musician's musician - someone who is just as likely to be playing in an Irish session as he is to be on stage at a folk festival.  On All Souls Eamon has fine-tuned his brand of self-penned melancholy ballads and distilled it into a near perfect ten song package.  There's a seductive edge to these songs.  O'Leary is a charmer and this a record to be listened to on a moonlit night with your lover, a couple bottles of wine and an illegal smile.


Jimi Tenor - Order of Nothingness
Spotify has been helping me hone in on the sound I'm looking for and now it probably knows what I'm going to like better than I do.  Jimi Tenor is one of those that popped up on my new release radar.  I started with the songs My Mind Will Travel and Quantum Connection.  Those made it to a summer playlist I've been putting together and primed my taste for this album of full-on trippy and soulful Euro funk jazz.


Gitkin - 5 Star Motel
I have no idea what this is.  I just like it.  The music is a global smorgasbord, reminiscent of Akira Satake, Laika and the Cosmonats or Khruangbin.  The grooves are heavy and the melodies are up front and catchy, just the way I like them.  This could just be some guy in his bedroom playing all the instruments.  I don't know.  The track Cancion Del Rey fits perfectly on a summer playlist, although really anything here could have made the cut.


The Congos and Pura Vida - Morning Star
I only recently became aware of the 1977 album Heart of the Congos, considered to be one of the best reggae albums of all time.  So it was good timing to find out that The Congos were teaming up with Belgian Rasta musician and producer Pura Vida to put out a new album called Morning Star.  I've probably listened to this album about ten times in the last week.  It's fresh and rootsy.  Nothing beats the falsetto vocals of Cedric Myton sprinkled throughout.

Email ThisBlogThis!Share to TwitterShare to FacebookShare to Pinterest
Be a Fan
Posted by Tanner Llewellyn at 4:06 PM