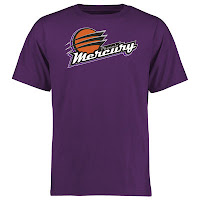 Phish has several top-shelf songs that have never made it onto a proper studio album, including Harry Hood, Slave to the Traffic Light, Tube, The Curtain, Halley's Comet, Carini, Strange Design and more.  Now we can add Mercury to that list.

The multi-part composition was recognized as an instant classic when it debuted in July 2015, so it seemed like a shoo-in for inclusion on Phish's new studio album, Big Boat.  However, producer Bob Ezrin cut the fan-favorite from the track-list, presumably due to time constraints.  This is a questionable decision, especially considering that there are much weaker songs on the finished product.  Mercury could have taken Big Boat from good to great.


If time really was an issue, then what other songs could have been cut to make room for Mercury?

Big Boat kicks off with Friends, a Fishman sung number that doesn't get any less bizarre the more you listen to it.  Maybe it's about alien conquistadors?  Although it's not a monumental song, the opening notes to Friends do start things off in a bold, distinctive fashion.  Songs with Fishman on lead vocals are rare, so this one earns its keep on that fact alone.

Breath and Burning is the first of many Trey Anastasio contributions.  It has a tropical vibe, which is a bit unusual for Phish.  The lyrics are strong and the TAB style horn part adds the right amount of hook.


Home is the first of three Page McConnell songs on Big Boat and it's the least compelling of those three.  Home might be catchy, but I don't know that there is a strong need for this song in the Phish oeuvre.  The experimental part at the end isn't enough to save it.  Although, cheers to Page for the burst of creativity.

Track 4 is Blaze On, which would not sound out of place on a 1970's Little Feat album.  This is a feel good, grooving song that borders on jamband 101 territory, but because this is Phish that rudimentary path has a lot of skill behind it.  Blaze On qualifies as one of the best new songs in Phish's repertoire.

Trey was obviously trying to write a Motown song with Tide Turns, and from what I can tell he succeeded.  For a song that may not always go over well in a live setting, it works well enough in the studio and adds diversity to the styles represented on Big Boat.

There's always room for a bluegrass song at a Phish show, so Page's Things People Do will easily fill that void.  The low-fi demo version that ended up on the album would have easily fit on 1992's Picture of Nectar.

Waking Up Dead is a total Mike Gordon song and you need at least one of those on every Phish record.  It has potential and the spicy sonority is appealing, but more time could have been spent fine tuning it.  Mike's other new song, Let's Go - which like Mercury was left off of Big Boat - might have been a better choice for him.

Running Out of Time is OK enough, if a little lightweight, but hasn't Trey already written other songs that sound like this and dwell on the same themes and emotions?  Apparently this song dates back to the Round Room writing sessions and finally found a home here.

For some reason I'm not a huge fan of No Men In No Man's Land, although a song with this type of improv potential is an asset.  The looseness of the studio cut captures some of its off-the-cuff versatility.

My appreciation of the ballad Miss You grew tremendously after hearing the live recording from 10/18/16 in Nashville with Bob Weir sitting in and tackling the lead vocals.  That interpretation took the song from insular to inclusive.  Phish has struggled to add crowd-pleasing ballads in recent years, but this one might do it.

Now that it's been played live, I Always Wanted It This Way has perhaps had the warmest fan reception of any of the songs from Big Boat.  Hopefully this synth-focused all-star burns its way into our collective consciousness with just as much merit as the decades old Phish classics.

It may always sound cheesy, but More, with its "gotta be something more than this" refrain, is a timely reflection on the current Phish worldview, in much the same way that "was it for this my life I sought" captured our emotions decades ago.  Even cynics occasionally need to vibrate with love and light.

Petrichor gets an A for effort.  It succeeds where Time Turns Elastic tried and failed.  This ambitious composition hearkens back to the Junta days when Trey studied with composer Ernie Stires to create complex masterworks that formed the foundation of all things Phish.  In Petrichor's case, the sophistication of the music is offset by the zen koan simplicity of the lyrics.

That's a rundown of all the songs on Phish's Big Boat.  So, which one(s) should get axed to make room for Mercury?  I think you could easily drop Home and still have two great Page songs in Things People Do and I Always Wanted It This Way.  Mike Gordon's flawed Waking Up Dead needs to stay because without it you wouldn't have a Mike Gordon song unless you replace it with Let's Go.  Of the Trey selections, Running Out of Time is the most expendable, although I still kinda like it.  If I had to give up two songs to make room for Mercury, it would be Home and Running Out of Time.

Email ThisBlogThis!Share to TwitterShare to FacebookShare to Pinterest
Be a Fan
Posted by Tanner Llewellyn at 7:31 PM