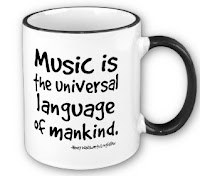 Languages are tools that fit their cultural niche.  The words in our vocabulary determine how we think.  Take, for example, the Pirahã - a group of hunter-gatherers who live along the Maici River in Brazil's Amazon region.  Their unwritten language consists of just eight consonants and three vowels. It lacks many of the grammatical characteristics found in other languages.  Yet the Pirahã communicate just fine, using a complex array of tones, stresses and syllable lengths to convey meaning.

Pirahã culture drives the Pirahã linguistic system.  The tribe has no terms for color and no words for numbers.  They have a limited ability to work with quantities greater than two.  They live in the immediate present, accepting as real only that which they can directly observe and experience.  They have no interest in what happened in the distant past to people not personally known to them.  They tell stories about events they have recently participated in, witnessed or been told about.  They have no collective memory that extends back more than one or two generations, no tradition of art or drawing, and no creation myths.  They are not concerned about the future.  They seldom plan ahead more than one day.  They do not preserve food or make objects for long term use.  All this might lead you to believe that their language (or lifestyle) is inferior, but it’s simply the product of their environment – a dangerous jungle habitat where they happen to live very happily.

Most of what is known about the Pirahã  comes from the work of Dan Everett, a linguist who has lived with and studied them for over 30 years.  He explains his findings in the book Don’t Sleep, There Are Snakes; a book that I was reading when it dawned on me that the concept of culture driving language could be compared to the ethos behind traditional music.

Music is also a language.  Musical phrases begin with a tonic chord or note (the subject).  The phrase develops with the notes that follow the tonic, whether harmonious or conflicting (this is the verb).  Finally, the musical phrase comes to a resolution or cadence (the period).

Like the Pirahã language, traditional music exists within a fairly rudimentary structure cultivated by its environs.  Proponents of Western classical music see this compression as evidence that folk music is inferior and therefore not to be taken seriously.  However - as in the Pirahã language’s use of complex tones, stresses and syllable lengths - development in traditional music occurs in the myriad ways in which one can perform a tune.  Spontaneity, knowledge, experience, tone, style, expression and interpretation all play a part.

Also like the Pirahã language, traditional music is an oral tradition learned predominantly by ear through listening to others and not through any formal intellectual analysis.  Repertory and phrasing are much more important than knowledge of music theory.  Reading off the page and knowing scales and modes (the grammar) is unnecessary and can sometimes even hinder a traditional musician.  Sheet music is simply short hand, expressing few of the nuances.  In other words, the music was already doing what it was doing long before engravers came along to try and notate it.

With so much sheet music available these days via the online public domain, it’s very easy to defer to someone’s transcription as the “correct” way to play the tune.  But that is not the way to play or learn this music.  Something is lost in the transcription/translation.  I hope to get more comfortable with trusting my ear and, oddly enough, I think this knowledge of the Pirahã can help me gain that confidence.
Email ThisBlogThis!Share to TwitterShare to FacebookShare to Pinterest
Be a Fan
Posted by Tanner Llewellyn at 10:26 AM