The other day on the Ricky Gervais Show they were talking about desert island discs - the eight records you would take to a desert island.  Karl Pilkington never got around to picking his eight, but it got me thinking about what mine would be.  (In my case it would be albums and not individual songs). 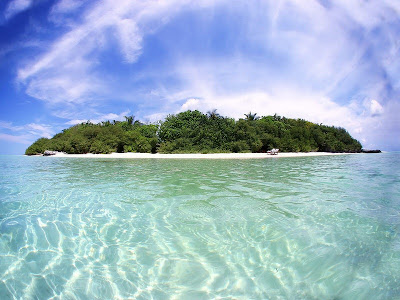 A few years ago, before I was trying to play traditional music (or any music), that list of 8 (or 10) would have been pretty straightforward.  First and foremost, I'd want to have CDs by the artists that have meant the most to me over the years - the bands for whom I have all of their albums and/or the ones I've seen the most in concert.  Such as Phish (Story of the Ghost), The Grateful Dead (Reckoning), Ween (The Mollusk), Medeski Martin and Wood (Shackman), John Prine (John Prine), Gillian Welch (the Harrow and the Harvest),  Dr. Dog (Easy Beat) and The Hot Seats (Live). In this case the album chosen would be almost arbitrary - serving as a memory of all the good times I've had listening to their music.  Next, there are those one-off albums...the ones that for some reason are all-time favorites by artists who I never could really get into other than that one recording.  Black Eyed Man by The Cowboy Junkies, Other Voices Other Rooms by Nanci Griffith, O'Cracker Where Art Thou by Cracker, Two Sevens Clash by Culture, More a Legend than a Band by The Flatlanders, and Yoshimi Battles the Pink Robots by the Flaming Lips come to mind.

I'm already way over ten, but nowadays I could just as easily fill up the list with Irish and old-time music.  Since I'm trying to learn to play these (mostly) instrumental tunes, I tend to listen to this music as an aural aid with the end goal of being able to play it better, so YouTube and other field recordings of regular folks playing these tunes is often as helpful as anything else. Although my list would have to include the Ceili Bandits' Hangin' at the Crossroads, Rare Rags and String Band Blues by Adam Tanner and the Dirty Rag Mob, and perhaps even a music play-along recording like A Portland Play Along Selection, or maybe that classic Fuzzy Mountain String Band album I have yet to hear.  And don't forget Angelina Carberry -- ought to have some strictly tenor banjo music there.

I've realized that narrowing it down to 8 is not something I can do.  The end.
Email ThisBlogThis!Share to TwitterShare to FacebookShare to Pinterest
Be a Fan
Posted by Tanner Llewellyn at 7:38 AM