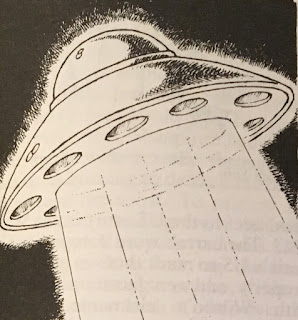 Tune 101 - I Don't Believe In Monsters
For this tune I was going for a springtime feel. Kind of a Brown Eyed Women / Eyes of the World hybrid for the first part, paired with a melody inspired by Gillian Welch's Winter's Come and Gone for the B-part. It's a pretty loose tune with room for improvisation. It didn't take long to write...just a few minutes on the evening of 3/9/19. Recorded on 3/12/19 playing xylophone over a C# Aeolian backing track.

Tune 102 - Pineapple Bang Bang
I wrote and recorded Pineapple Bang Bang on the morning of Saturday, March 16, 2019. It is the unique result of trying to be creative on that particularly day. The melody in the A-part was derived from the long forgotten but fondly remembered String Cheese Incident instrumental called Lester Had A Coconut which I just happened to hear that morning. The B-part sounds like it comes from the vocal melody line to the song Alright by the band Supergrass which I heard while watching Derry Girls earlier in the week and had to look up to find out what it was. For good measure I tacked on a bridge-like 3rd part reminiscent of the bridge to the song Sea of Heartbreak which I gained familiarity with because it is covered on the new Meat Puppets album Dusty Notes. That's me playing my Ome tenor banjo over a sped up Improvise For Real backing track.

Tune 103 - The Sixth Noon of Midnight
You could call this a tribute to the band IE (album Pome) from Minneapolis that I saw play in Knoxville on 3/22/19. This melody incorporates a motif from their song Moon Shot along with a B-part drawn somewhat from the vocal line of that song. Pieced together 3/26/19. Recorded 3/30/19.

Tune 104 - Rapture of the Deep
This melody came to be after seeing the Canadian band The Sadies live. It is borrowed from sounds they make. I messed around with it for a few days, then finished it up 4/4/19. Recorded last night 4/5/19 on the K-board. A one take and done kind of thing.

Tune 105 - Catch That Hare 'Fore It Jump O'er the Fence
A couple days ago I sung a melody similar to this into my phone. At the time I just called it "bluegrass song". Then later that day when I tried to play it on an instrument the notes seemed too simple or unoriginal. The next day I tried to add nuance to it but just made it more boring. So I went back to the original idea. Written 4/4/19. Recorded late in the evening 4/5/19 on K-Board because why not?

Email ThisBlogThis!Share to TwitterShare to FacebookShare to Pinterest
Be a Fan
Posted by Tanner Llewellyn at 8:54 AM