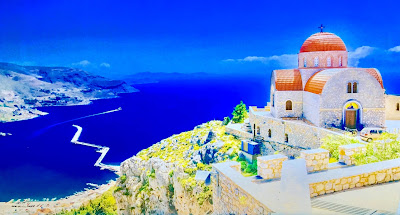 I've got a little catching up to do because I've neglected to share tunes 78 and 79, and just this morning I wrote number 80. So here goes.

John Kadlecik has an excellent new CD called ON THE ROAD.  My favorite track on that album is the song Seen Love.  It's very well recorded and there are some jammy composed bits that really stand out.  So I came up with my own melody (hopefully my own melody) called Shooby Doo Weep based on parts of that song Seen Love.  A third part got added to Shooby Doo Weep and for that third part I pulled from the Dorothy Ashby composition Action Line.  (Dorothy Ashby was a jazz harpist.  Look her up, especially her album AFRO HARPING).  It would be best if the similarities between what I wrote and the source material is only in my head only not straight up plagiarism, but I don't have a good enough ear to tell.

In early December I was reading Joel Selvin's book Fare Thee Well on the "Grateful Dead's" post-Jerry years, which made me want to re-listen to those April 1999 Phil and Phriends shows featuring Phil Lesh, Trey Anastasio, Page McConnell, Steve Kimock and John Molo.  I remember those shows being a huge deal when they happened almost 20 years ago and the music made across those three nights has stood the test of time.  On the first night 4/15/99 before going fully into Uncle John's Band the group plays around with a really cool sounding Caribbean melody, which I just learned for the first time is the Steve Kimock tune A New Africa.  I searched for another version of A New Africa and the first thing that came up was a Steve Kimock show from 2/22/2002.  I had never really listened to any of Steve Kimock's original music, but I was really taken in by this 2002 recording from the Gothic Theater in Colorado.  In addition to A New Africa, I found myself loving the tunes Cowboy and Cole's Law.  Long story short, Sudden Lee was brought to life by listening to that Kimock music.

I had an initial part that I recorded on glockenspiel which I'll share below.  But I had actually been adding more to this when playing it on banjo.  So here's the main theme on glockenspiel, and then the full version on banjo.


Saturday mornings have recently proven to be a very productive time.  If I get up early, around 7AM, and get straight to work, usually by noon I will have created something new that didn't exist before.  That happened again today, thankfully.  Today's tune was inspired by sounds heard on Hailu Mergia's WEDE HARER GUZO album.  (Hailu Mergia is another musician you should look up).  I'm calling this tune Za'atar after the middle eastern spice I used last night in an out of this world vegan-keto fattoush salad with baked ground flax seed in place of the bread.  I really like this one!  But of course the most recently written piece is always going to be a favorite.


Email ThisBlogThis!Share to TwitterShare to FacebookShare to Pinterest
Be a Fan
Posted by Tanner Llewellyn at 1:34 PM