I started off the year reading pretty heavily, had a mid-year lull, then got back on track in September and pretty successfully read about a book a week from then 'til now.  Enough to compile a list of this sort. These aren't necessarily books that came out in 2018, although most are fairly recent. 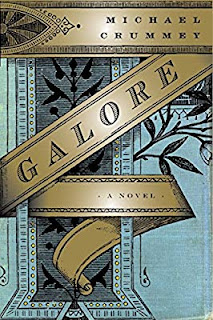 Many of my fiction selections for this year were what you might call magical realism.  Not quite traditional fantasy or sci-fi, but something a little weird was going on.  My favorite novel like this was GALORE by Canadian author Michael Crummey.  The book tells the story of the unusual residents of a small Newfoundland settlement over a period of many decades, starting in the 1800's. I've never read anything quite like it.  GALORE is now one of my favorite books of all-time.

Other novels I enjoyed include THE SNOW CHILD by Eowyn Ivey, THE SEAS by Samantha Hunt, and a quirky little book called THREE TO SEE THE KING by Magnus Mills.

2018 is also the year I was introduced to sci-fi/weird fiction writer Jeff Van DerMeer.  ANNIHILATION - the first book in his Southern Reach trilogy - is another that is now an all-time favorite of mine.  I loved the spell this book put me under...sci-fi with elements of Lovecraft or THE ROAD.  I feel like ANNIHILATION stands on its own as a complete work.  I also read the next two books in the series, AUTHORITY and ACCEPTANCE, but those didn't sparkle for me as well as the first book. 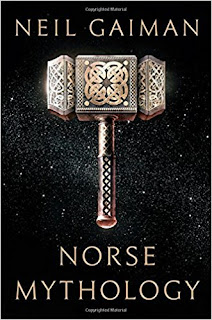 For short stories, I loved, loved, loved Neil Gaiman's retelling of the Norse myths, aptly titled NORSE MYTHOLOGY.  Believe it or not this was the first Neil Gaiman book I had ever read and it led me to others such as THE GRAVEYARD BOOK, CORALINE, and THE OCEAN AT THE END OF THE LANE.  This also inspired me to read other tellings of the Norse myths.  For example, NORSE MYTHS: TALES OF ODIN, THOR AND LOKI by Kevin Crossley-Holland.  I even, gasp, enjoyed watching a Thor movie!

Another book of short stories that I loved this year is TALES OF FALLING AND FLYING by Ben Loory, which is a follow-up to his equally entertaining STORIES FOR NIGHTTIME AND SOME FOR THE DAY.  Loory's stories (hey that rhymes!) are so unique and imaginative that it makes me wish I had written them myself.  They are almost like Russell Edson poems expanded to a few more pages.

Speaking of Russell Edson, this year I became aware of another poet I would consider to be in the same league as him.  I'm talking about James Tate.  Tate passed away in 2015 but he left behind a lot of work.  I purchased his DOME OF THE HIDDEN PAVILION and have been perusing it when the mood strikes.

In the world of non-fiction, when I found out there was a book covering the inner squabbles and struggles of the four surviving members of the the Grateful Dead Phil Lesh, Bob Weir, Mickey Hart and Bill Kreutzmann in the post Jerry Garcia years, I just had to read it.  The book is called FARE THEE WELL by journalist Joel Selvin.  It was an eye opening read. 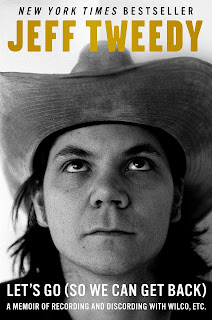 Last night I finished the Jeff Tweedy memoir LET'S GO (SO WE CAN GET BACK) and it is probably in my top three or four books this year.  Even though I had an Uncle Tupelo and Wilco mini-obsession period about 15 years ago, I wouldn't say that I am a regular listener to Tweedy's music.  I've never seen him perform live, for example.  Still, I had an interest in this book and turning its pages over the last few days has been a calming and oddly pleasant experience.  I laughed, I cried. I can't recall ever enjoying an autobiography to this degree.  You're a good writer Jeff.  We knew that already from your songs, but now we have further proof.

The book that had me laughing out loud the most this year wasn't CALYPSO by David Sedaris, although I liked that one a lot.  No the book that had me chuckling uncontrollably was VACATIONLAND by John Hodgman.  Don't let Hodgman's previous books of hobo facts be a deterrent.  VACATIONLAND is a turn towards dry, whimsical, nerdy, essays.  Like dad-rock in written form.  I'm hoping there's more where that came from. 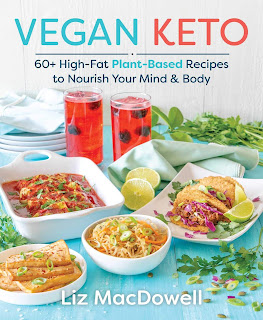 Lastly I need to mention a cookbook.  It's a book, so technically it can be on this list.  The cookbook is called VEGAN KETO by Liz MacDowell.  It was the title that got me.  This is exactly the book I've been needing.  I've flirted with and had great success with the Keto diet since 2016 but you eat way more meat and cheese on that diet than I am comfortable with.  On the flipside, I also like to romanticize a vegan way of eating but that has always been too high in carbs for my body, among other excuses.

Along comes Liz MacDowell's VEGAN KETO - a compilation of recipes that take take into account two restrictive diets and through what must have been a lot of trial and error finds the Venn diagram where they can deliciously meet.  What I love about this book is she doesn't in any way sacrifice her Vegan Keto principles in an effort to gain flavor - she holds fast to the format and then finds ways to create incredible meals within those restrictions.

I haven't gone completely vegan or completely keto or completely anything in my overall existence, but I have cooked almost exclusively out of this book at least for dinner almost every day since after Thanksgiving and everything I have made has been not just tasty but also healthy and positive.  These are meals you have no complaints about afterwards.

OK I think that covers it!

Email ThisBlogThis!Share to TwitterShare to FacebookShare to Pinterest
Be a Fan
Posted by Tanner Llewellyn at 6:34 AM

Labels: Best of the Year, Books