The Joys of Limitation 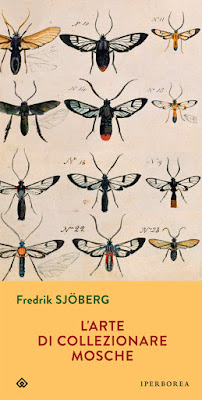 Fredrik Sjöberg's book The Fly Trap is partially about limitations.  The limitations of living on a small Swedish island.  The limitations of studying hoverflies on this island, as opposed to in a larger geographical area or researching a species with more variation, such as beetles.  In Sjöberg's view, the art of limitation is a method of exercising slowness that promotes concentration and bliss.

It could be limitation that has led me to focusing primarily on melodies of Caribbean origin (Haiti, Trinidad, Martinique, Cuba, the Virgin Islands, Venezuela, et cetera), even though these types of melodies have little or no connection to the tenor banjo.

Limitation could be why - despite listening a wide assortment of music that is increasingly abstract - it still gets filtered back through the interpretation of the music that I like to play, which is those Caribbean tunes.  Limitation is why - despite the unique compositional elements that give each tune its unique identity - it all seems improvisationally interconnected back to the major scale or the 12 notes in the chromatic scale.

I try to limit my active repertoire to about 40 "tunes".  That way I can limit my playing to 1 or 2 hours a day (working on 5 or 6 tunes a night) and still get through most of that active repertoire in the course of a week.  I have a limited amount of time that I can devote to playing anyway.  The time spent typing this is not time that was spent playing music.

Painters and poets seem to limit their work to a certain style, even if that style can't be easily defined.
I had never previously ever made a meal from a cook book, but over the last two months I've gotten into cooking and even though I'm not vegetarian or vegan I've restricted myself to only making dishes out of the Happy Herbivore series of cookbooks by Lindsay S. Nixon, which are vegan.  I've made about a dozen recipes out of those books so far and every single one of them has been great!  That's more of a testament to the inventiveness and ease of the recipes, rather than any skill I'm bringing to it.  But it's another example of blissful limitation!

Email ThisBlogThis!Share to TwitterShare to FacebookShare to Pinterest
Be a Fan
Posted by Tanner Llewellyn at 7:17 PM