Playing Music in the Morning 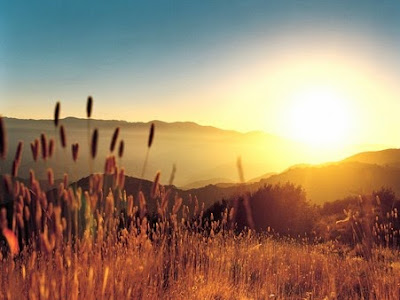 The write-up accompanying the Vijay Iyer Trio's recent NPR Tiny Desk concert contained this description: "The morning after a gig in Washington, D.C., the trio got up to visit NPR headquarters before a noon train back to New York. There was a lot of espresso involved".

I take a little bit of an issue with the concept that musicians as a whole are nocturnal, that they are not morning people. Life on the road may not allow for this, but the morning can be a very creative, eye opening time.  I recall a Martin Hayes documentary where he talks about the benefit of playing tunes first thing in the morning, and I once read a David Lowery interview where he mentioned that his most productive writing time is in the very early hours of the morn'.  One of my musical idols, Bill Frisell, is also an early riser.

I used to host a music jam that started on Saturdays at 10 - the AM, not the PM.  I found it to be a fun, interesting time of day to interpret music collectively.  You can't tell me that some of the world's best musicians aren't already up and practicing by then!

The writer Jonathan Lethem describes morning benefits like this:

Write before the world wakes up and announces its clawing demands. This is more important than ever, given the way our typewriters and telephones have converged. Whenever you start, start earlier. Start while the coffee is still brewing, start while NPR is still playing BBC World News, start half asleep. Get it done first, and you'll be someone another human being might be willing to live with, at least eventually.

Musicians are certainly concerned with rhythm, so why keep in tune with the earth's rhythms?
Email ThisBlogThis!Share to TwitterShare to FacebookShare to Pinterest
Be a Fan
Posted by Tanner Llewellyn at 7:38 PM