Ron Rash - Something Rich and Strange 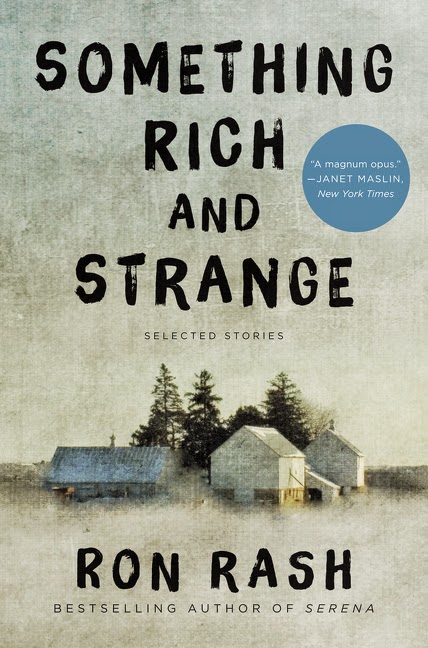 I am just finishing up what might be the best collection of short stories I have ever read, by a writer who is now going to be one of my favorites. The book is called Something Rich and Strange by Ron Rash. It contains 34 stories spanning Rash’s 20+ years of output. Most of the pieces were previously published in other volumes, so it's a best-of collection of sorts.

Rash was born in Chester, South Carolina in 1953 and grew up in Boiling Springs, North Carolina. He teaches at Western Carolina University. His stories almost always take place in the Southern Appalachians of Western North Carolina, a region he calls home and where his ancestors have lived since the mid-1700’s.

Rash uses the mountainous Appalachian landscape he is familiar with as the backdrop for a whole world of creativity. His characters dwell in the post-civil war years, the 1920’s, the 1960’s, and the meth-stricken present. Rash’s writing is always captivating and often bleak. Perhaps because he is also a poet and novelist, Ron Rash’s short-fiction has the efficiency and lyricism of poetry and the sweeping grip of long-form storytelling.

I needed something to get me back into reading fiction again, and discovering Ron Rash – who already has a large body of published work – came at the right time. A total immersion in his writing is in order.

Email ThisBlogThis!Share to TwitterShare to FacebookShare to Pinterest
Be a Fan
Posted by Tanner Llewellyn at 6:17 PM